Greetings to all. A quick note to everyone that will be attending Decepti-Kon. Safety is something that we take very seriously. We want everyone to have a great time but at the same time, there is no room for any type of misconduct that would put another person in danger. That is why for anyone attending Decepti-Kon, there will be a weapons policy that Zero Steel weapons of any kind will be accepted during the show. Any attendees that purchase from a vendor must immediately place the product in their respective vehicles or hotel room and keep it there til the end of the show. Any person that violates this policy will be immediately escorted from the convention and banned from returning. All fees will be subject to a non-refund for this violation. Additionally, weapons that appear to be of realistic pistol or machine gun like will be required to be unloaded at all times. Any person in violation of this will also be escorted from the convention, banned from the premises and subject to a non-refund as well. We here at Decepti-Kon want nothing more than for everyone to enjoy themselves and create wonderful memories in a safe and secure environment. With that said, here's to everyone having a great and safe time at Decepti-Kon!!!
Posted by Decepti-Kon at 1:34 PM No comments:

Guess what all? We have another Veteran in our midst! You know him, you love his work and he's a local favorite, Jason Dube!!! Please join us as our Special Guest Jason hosts a great Panel for anyone that's looking to break out into the Comic industry. Learn in a session what Jason and his studio have accumulated for over 20 years!

Jason Dube
Jason has been self-publishing under his comic book company Scattered Comics for almost 20 years. He has published titles such as Scattered, Panda Days, Caffeine Poisoned, and Waiting for Something to Happen. He has been putting out monthly web-comics which include the new Artist-themed comic “COMICS VS MANGA“, and branched out to releasing his titles to download on I-tunes. Jason also working as a full-time freelance comic book artist has worked as artist, colorist, typesetter and layout artist for several independent companies. (Companies include NEKO PRESS, BLUE WATER PRODUCTIONS, COMICBOOK DIVAS, and ZEPHID COMICS). He also runs Scattered Comics Studios and works with several other Artists to create comic books for clients. Locally, Jason Dube founded the SCCG (Sacramento Comic book Creators Group) in which comic book artist, writers and creators can meet each week, share, motivate and support each other in their endeavors. www.scatteredcomics.com
Posted by Decepti-Kon at 3:35 AM No comments:

The original Man in Black! C. Andrew Nelson aka Darth Vader is takin a slight detour to come all the way down from the Outer Rim Sector to grace us with his benevolent presence. So dust off those Lightsabers and focus on those force powers. Come on down to Decepti-Kon and see if you have what it takes to take on "The" Sith Lord of all Sith Lords! 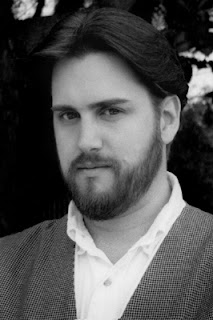 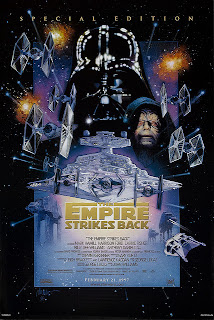 C. Andrew Nelson-  Nelson is most notable for having played the role of Darth Vader for Lucasfilm since 1994. His appearances as Vader include: The Empire Strikes Back: the Special Edition theatrical release of Star Wars Episode V, LucasArts' Star Wars: Dark Forces Video Game, Star Wars: Rebel Assault II: The Hidden Empire Video Game, commercials, print ads, TV shows, and magazine covers. He was also the voice of Luke Skywalker for a number of LucasArts’ games which makes him the only actor to have ever officially portrayed both Darth Vader and Luke Skywalker..Nelson is an actor, visual effects artist, animator, and lecturer. He spent several years at LucasArts Entertainment Company where he was a visual effects supervisor and senior artist.
Andrew spent nearly six years at LucasArts Entertainment Company where he served as a visual effects supervisor helping to create such popular video games as Star Wars: Dark Forces, Star Wars: Rebel Assault II: The Hidden Empire, Star Wars: Shadows of the Empire, Star Wars: Jedi Knight: Dark Forces II, Star Wars: Masters of Teräs Käsi, Star Wars: Rogue Squadron, Indiana Jones & the Infernal Machine, Full Throttle, The Dig, and Curse of Monkey Island. Andrew spent four years as a visual effects artist at Industrial Light & Magic.  His visual effects credits include  Star Wars Episode I: The Phantom Menace, Star Wars Episode II: Attack of the Clones, Galaxy Quest, Adventures of Rocky & Bullwinkle, Race To Witch Mountain, The Perfect Storm, The Time Machine, The Jumper, The Spiderwick Chronicles, The Nightmare Before Christmas 3-D, Enchanted, Fantastic 4: Rise of the Silver Surfer, and Jurassic Park III. In addition to his tenure with the Lucas companies, C. Andrew Nelson is a consulting VFX supervisor and art director for some of the top effects, animation and post-production facilities in the country, including Disney, MTV Networks, PBS, Fox, and Hasbro Interactive. www.candrewnelson.com
Posted by Decepti-Kon at 12:09 AM No comments:

That's right Capcom fans, the Resident evil bombshell herself: Sheva Alomar will be present at Decepti-Kon! So make sure to polish your pistols, pack your zombie repellent and pack a few eggs with ya, 'cuz you just never know what to expect. Keep close tabs here to find out on a special appearance. See you all at Decepti-Kon!
Posted by Decepti-Kon at 7:40 PM No comments:

Welcome fellow Otakus and fans alike! We have a slew of Special guests to announce! Cchck our Guest page for a more detailed list. Right below is the quick version of what to expect.

Everyone here at Decepti-Kon send our condolences to all of those especially those who have lost loved ones in Japan and will keep everyone in our prayers. Any and all donations to help all affected by this are being accepted worldwide. In Coordination with our Honored guests, proceeds from our Ceremonial Opening dinner will be donated to the families in Japan. Should you wish to donate and help those affected please stay tuned for more details. you can also help by donating to the American Red Cross. Our prayers and thoughts are with all of our brothers and sisters overseas. .
Posted by Decepti-Kon at 12:22 PM No comments: