Alright folks, you've been waiting for quite some time. Well I'm here to satisfy a lot of that wanting, craving and hunger for information that you oh so desire! Are you ready?
Karen Dyer aka Eva La Dare 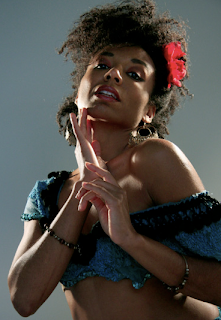 Karen Dyer was born in Brooklyn, New York and raised in Fort Lauderdale, Florida. This first
generation Jamaican-American with Irish and East Indian roots, began her career as a 10-year- old triple threat. After working in professional theatre productions, commercials, and print campaigns for eight years, she traveled the world for three years performing as back-up
singer and dancer for Latin superstar Chayanne. Since moving to LA, she has worked and performed with Michael Jackson, Stevie Wonder, Madonna, Mike Myers, Ray Romano, Aretha Franklin, Will Smith, Christina Aguilera, Conan O'Brien and Jay Leno, just to name a few. Her film and television credits include starring roles in "Corrupt" with Ice- T and "Urban Menace" with Snoop Dogg, as well as roles in "Tortilla Soup" with Hector Elizando, Mike Binder's "Sex Monster" with Mariel Hemingway, "According To Jim", "Malcolm In The Middle", "Spin City", "Everybody Loves Raymond", "General Hospital", and the films "Thank You for Smoking" and "Idlewild", the musical film starring Andre 3000 and Big Boi of OutKast. Motion capture credits also include the Forest Nymph in Prada’s animated Trembled Blossoms campaign and A Christmas Carol directed by Robert Zemeckis and starring Jim Carrey.
Also known for her cirque skills, Karen performs as her burlesque alter ego, Eva La Dare, a fire-breathing/eating/twirling, nine-foot-tall stilt performer, juggler, and web aerialist. Past credits include Royal Hanneford Circus, Universoul Circus, the Grammys with Ricky Martin, Motown 45 with Lionel Ritchie, Britney Spear's Music Video "Oops! I Did It Again", Austin Powers - Goldmember, Jane's Addiction Tour, as well as many other live performances around the world. Besides doing numerous TV appearances with T-Pain and Ludacris in 2008 for T-Pain’s Thr33 Ringz album release, she was also featured as the fire-pastied nymph and funky stiltwalker on Li’l Wayne’s 2008-2009 I Am Music Tour with T-Pain. Eva’s first solo album, due out this year, serves up European dance club flavor with sexy cirque style.
Karen’s last video game project, as the voice and motion of Capcom's newest female lead
character Sheva Alomar in Resident Evil 5, gave her a great introduction into the world of video games and anime as well as the award for Best Supporting Role at the MTV Game Awards in 2009 and a nomination, along with fellow nominees Jack Black and Mark Hamill, for Outstanding Character Performance from the Academy of Interactive Arts & Sciences Awards in 2010.
Jason Dube
Jason has been self-publishing under his comic book company Scattered Comics for almost 20 years. He has published titles such as Scattered, Panda Days, Caffeine Poisoned, and Waiting for Something to Happen. He has been putting out monthly web-comics which include the new Artist-themed comic “COMICS VS MANGA“, and branched out to releasing his titles to download on I-tunes. Jason also working as a full-time freelance comic book artist has worked as artist, colorist, typesetter and layout artist for several independent companies. (Companies include NEKO PRESS, BLUE WATER PRODUCTIONS, COMICBOOK DIVAS, and ZEPHID COMICS). He also runs Scattered Comics Studios and works with several other Artists to create comic books for clients. Locally, Jason Dube founded the SCCG (Sacramento Comic book Creators Group) in which comic book artist, writers and creators can meet each week, share, motivate and support each other in their endeavors. www.scatteredcomics.com 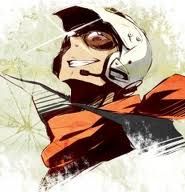 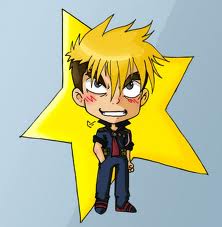 Christopher Corey Smith is an American voice actor, mostly working in the anime dubbing and video game industry. Smith began his movie career as a set dresser in 1986, and has been voice acting since 1992. His works have covered countless Anime series, movies, Video games and Tv shows. A brief over view: He's played Kinnosuke in the upcoming release of Durarara!!!, and Hunchback in the anime feature First Squad.   He's the voice of Headmaster Kaien Cross in Vampire Knight, Kittan in Gurren Lagann, Ishidate and Shuura in Naruto,  Kibune, Rose, and Wonderweiss in Bleach, He's all over the place in  Monster and Code: Geass.  The ever controlling Mikado in Moribito, and The Treacherous Puppeteer in Ghost In The Shell: Solid State Society.  As far as games,  He is also known as Agent Smith in Matrix: Path of Neo, Superman in Mortal Kombat vs DC, The self acclaimd "#1 Street fighter" Rufus in (Super) Street Fighter 4, and Tenebrae in Tales of Symphonia 2.   For all you WoW players, you may recognize his several main characters in World of Warcraft (Mal'Ganis, Selin Fireheart, Salraam, Dalronn, etc), and Cataclysm.  The Emperor in Final Fantasy: Dissidia, He's the major bad guy Juda in the game reboot of the 80’s fave Fist of the North Star, and has several parts for numerous monsters and nazi zombies in Rob Zombie's:  The Haunted World of El Superbeasto.

Carlyfornia- Miss Carlyfornia is the artist, designer, seemstress and cosplay/gothic lolita model that is Carlyfornia. She attended the prestigeious FIDM Fashion Instatute in San Fransisco before launching her gothic lolita clothing line in 1999. Carlyfornia has won several awards for her fashion and cosplay designs (most recently at Sac-Anime) including being crowned Princess Ai by Tokyopop as well as being featured in their magazine and manga. Her graphic design and comic work begain in 1996 with a string of well selling caligraphy and how to draw books. Carlyfornia has since gone on to be a manga and graphic artist for Sakura Pens of Osaka, Pentel Arts of Tokyo, EK Success, Westrim, Golden Paints and General Pencil to name a few. She has taught art and sewing in various countries such as China, Japan, India, United Kingdom and here state side. In addition to her many artistic roles, she is also working as a costume and art director. Miss Carlyfornia is a designer of clothing for various dolls from around the world like Pullips, Blythes and Dollfies. Creations and design of sweet lolita & gothic lolita jewelry is also her specialty! She is also known to dabble with the Steampunk genre.

These two classes below are just a few of the classes, seminars and events that Carlyfornia has been known widely around the world to have done.
Apron Making Class,  Cosplay Fabrics Do's and Don'ts , 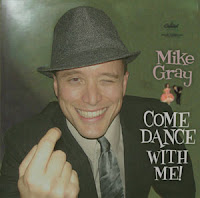 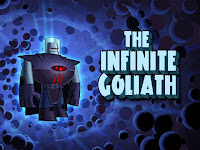 Mike Gray- Artist and creator of the animation Thom Cat and co-creator of The Infinite Goliath, which both air on Nickelodeon as part of the Random Cartoons series. Also airing on the Random Cartoon series, Ape Escape based on the hit video game from Sony in which he is the head writer for. Thom G. Cat is a genius inventor, a brilliant scientist, and a fashion trendsetter…not bad for a cat! The smartest cat in the world that is! Thom Cat first appeared in Mike’s self-published comic book, Fluff #1. Mike Gray is an award–winning writer, cartoonist, animator, director, and stand-up comedian. He has also worked on The Three Little Pigs animated short that was an official selection for the Spike & Mike's Sick & Twisted Festival. Mike's currenty working on his weekly web comic "Clumsy Love"  www.pencilforhire.com 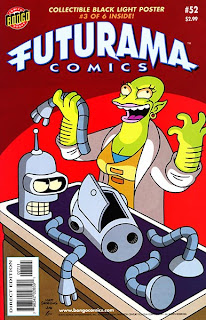 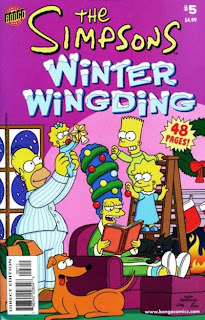 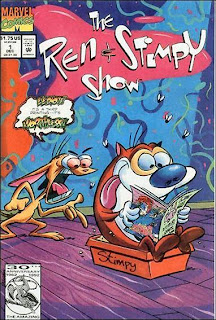 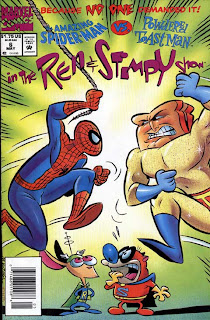 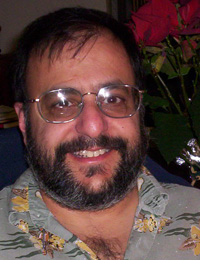 Mike Kazaleh- Mike is an american animator and comic book artist. In animation, Mike has worked on The Simpsons, Cool World, The Ant Bully, Mighty Mouse The New Adventures, Battletoads, Bugs Bunny, Camp Candy, The Lionhearts, Hi Hi Puffy Ami Yumi and Tiny Toon Adventures to name a few. Mike is skilled in animation, layout, storyboarding, and design timing. He began his animation career producing low budget animation in Detroit, mostly commercials and industrial films. He moved to Los Angeles, and got his first studio job at Filmation, as an apprentice animator. He quickly moved up the ranks, and became one of the best animators in the business, working on many television series and specials. Some of the animation work Kazaleh has done was at studios that include; Bakshi Animation, Bob Clampett Productions, Colossal Pictures, D.I.C., Disney, Hanna-Barbera, Klasky-Csupo, Last Laff Studios, Renegade, Rick Reinert Pictures, Saban, Sunbow, and Warner Brothers.

He entered the comics field through the underground comic Dope Comix at Kitchen Sink Press in 1983. Between 1986 and 1992, he worked on such Fantagraphics Books titles as The Adventures of Captain Jack, Anything Goes, Critters, Doomsday Squad, Usagi Yojimbo and Fontaine the Fox. In the early 1990s, he joined Archie Comics, where he did artwork on Teenage Mutant Ninja Turtles Adventures and Mighty Mutanimals. He has also worked on such Marvel Comics titles as Mighty Mouse, Ren and Stimpy, and Tummy Trouble. He has done work for DC Comics' "Johnny DC" all-ages line, including Camp Lazlo comics for the Cartoon Network Block Party, and an issue of Super Friends. Mike currently has been working as artist for the Futurama & Simpsons comic book series. Mike will be available for art commissions at the show.
Got any Suggestions?
Let us know
Deceptikon2011@gmail.com.
Subject: Special Guest.